I submitted my PCQ early, on 4/15, as soon as I received my ACT scores. I was supposed to take the SAT in early May, but then it was delayed to August, and now late September due to COVID-19 (I have not taken it previously as of yet). My initial USAFA application has been reviewed twice, on 4/17 and 8/4, but my application is still deemed "non-competitive", therefore I am not in the candidate stage yet and am still considered an applicant.

Being brutally honest, my academics are painfully average, with a 3.43 unweighted GPA and a 22 composite on the ACT. Is my application ineligible to compete because I haven't met the minimum academic requirements? Is it because I don't have an SAT score to submit yet? I've emailed my USAFA counselor over a week ago with no reply, so this forum is my last resort lol, thanks guys.

If you don't mind me asking how old are you?

I believe an ACT of 22 is not gonna cut it. Get signed up for one in September and do your best. Best of luck to you. 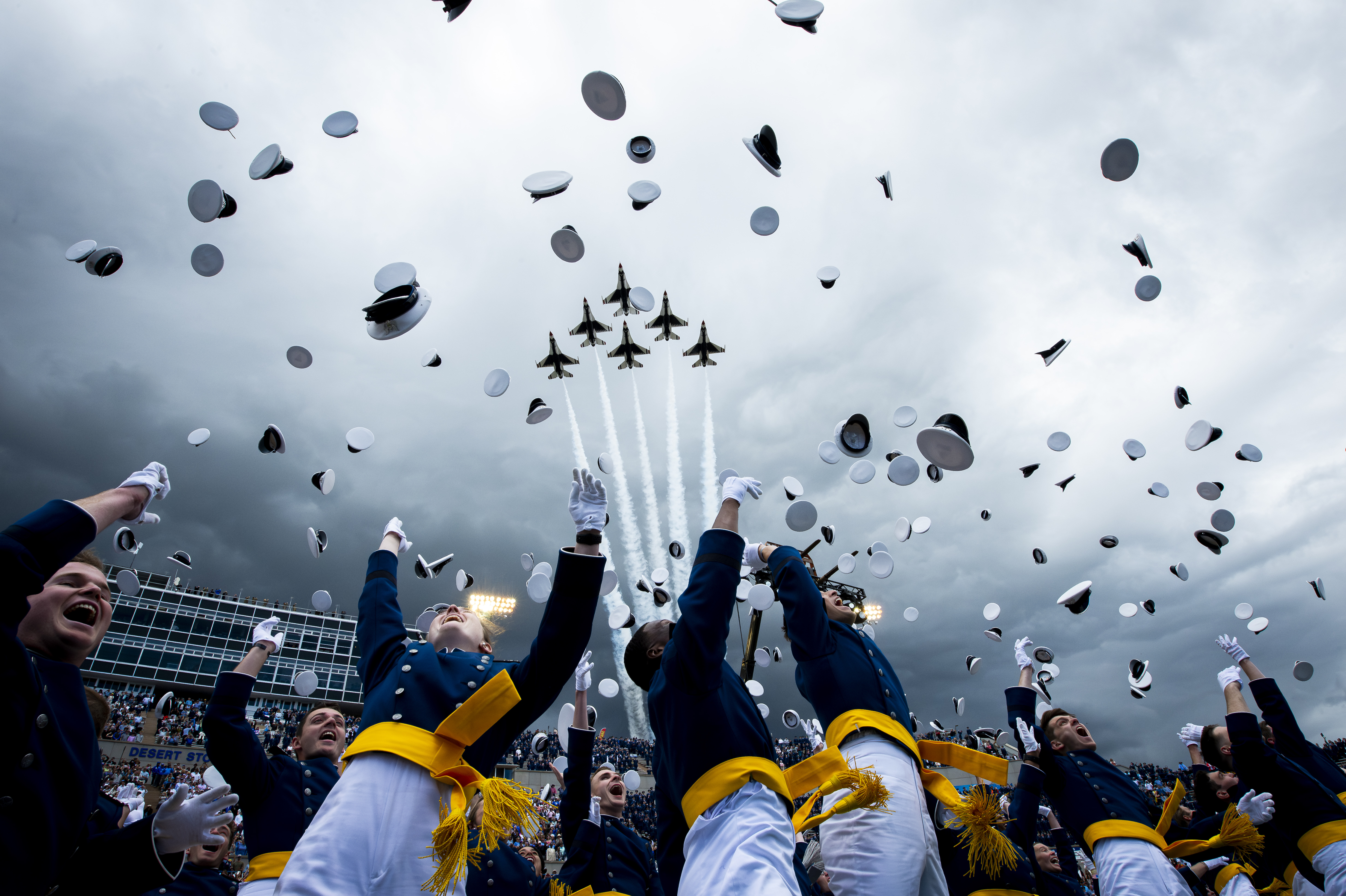 Academic requirements for admission to the Air Force Academy are based on academic record transcript and college admissions tests (SAT or ACT scores).

I don't think it is lack of a SAT score. Looking at their posted minimum requirements, at this time it appears it is your ACT score. You don't have to take both tests. Most take both tests to see which they do better on and then focus their efforts there.

Don't panic. You still have plenty of time. Keep studying for the SAT/ACT. If you get your scores up you can become a competitive candidate assuming it is just your test scores. If you want this you can do it. Khan Academy really helps for the SAT and will also help for the ACT except not really for science. My son didn't care for the ACT study site.

He focused on using Khan Academy to study for the SAT. He went back through his PSAT and reworked all the problems he missed. He determined why he missed them and what he could do not to make the same mistake. He found the free practice tests for the ACT on the prep scholar site.(They also have the free practice SAT tests) He took a practice ACT to see how he would fair. For him about the same scores whether SAT or ACT using the conversion charts. He would take a practice test and then go back over any mistakes or areas he had questions about.

Practice. Study. Go after what you want. You can do it!

I’ve already registered to retake the ACT and take the SAT in September. What would be good scores to shoot for on both tests?
T

Have you seen the USAFA class profile for last few years, that could help you out in determining some competitive scores.

I'd suggest man to really study for your SAT or ACT. Do your best to study to the best of your ability. If you can get that score up, you can perhaps get started on the application process. I'm in the same boat as you in regards to standardized testing. The best thing you can do right now is study for SAT/ACT and hopefully, that score will satisfy USAFA admissions and allow you to start working on the application.

Okay...you asked so I'll answer based upon my years as an ALO. You wrote:

" Being brutally honest, my academics are painfully average, with a 3.43 unweighted GPA and a 22 composite on the ACT."

Okay...so...to use your words..." being brutally honest" yes, this is the reason. A 3.43 unweighted GPA would be a, well at best a "yellow" flag to admissions. Its low...they're looking for the 3.60+ unweighted just as a starter. However, it's not an "above this, under that" test. They also look at school demographics (your school has a Nobel prize winner teaching, numerous national merit scholars, etc...SUPER difficult school) and then..."standardized tests" like the SAT and ACT. Here, to me, is the "fatal" issue: a composite of 22.

At one time, USAFA used to put out "minimum scores" for an application to be considered "competitive for admission." They don't do that anymore. However, I've been an ALO long enough to remember the numbers so I can give you what they looked for "back then" and you can "speculate" on what they're looking for now. Back then...nothing below 24 was acceptable. I don't mean a "composite" of 24, I mean no individual score below 24. You could have scores like 35M, 33E, 21 S&R, 30R....and you were not competitive because of the 21. Obviously they later said, "Uh...hmm...maybe we're being a tad too rigid." So they removed the minimums from our view and said "here are the recommended" numbers.

If I were your ALO (and even though I'm not) what I'd recommend is: a serious study/practice program for BOTH the SAT and ACT. You might find that you do better on one or the other. Take the best you can get!! Also...destroy your fall grades. I mean punish the grade book, beat it silly!!! Pull the highest GPA you can. THEN write your letters and such showing how you've changed...you're focused, you know what you want, and you're going to do everything that you can to make that goal a reality. Crush the fitness such that when you get the number up and they say "competitive...start doing the paperwork..." you are ready to absolutely OWN the CFA. SHOW them you are one that they simply MUST have!

Do all that...the worst that happens...nothing. Except that you'll be MUCH better prepared for your backup plan. And if that is to go to school for a year and try again...then do it!!

I have a former student at USNA right now, he's a senior...he did NOT get in on his first attempt. He's not the first student I've had like that, at any of the SA's.

It can be done...it might take another year...is it worth that to you?

Btw, my advice to all of my children, when applying to a very selective school, do not send your first ACT/SAT scores to that school automatically. The first one may not be great. You study, you do better next time. You can always choose to send your scores later for a small fee.