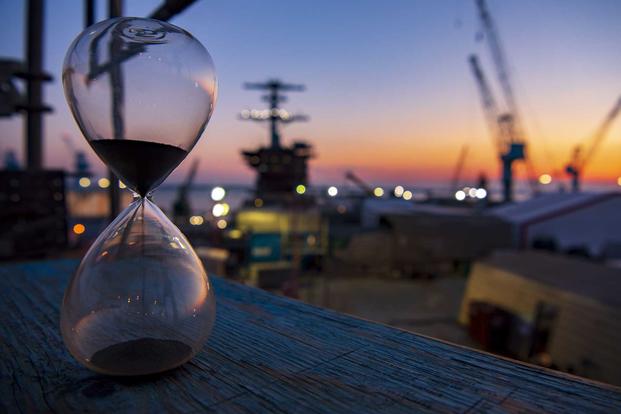 10 Deaths in 10 Months: String of Suicides on a Single Aircraft Carrier

The fact that the carrier is in the shipyards has created a difficult environment, according to the sailors who spoke to Military.com.

Very harsh conditions for those detailed for maintenance during major refit. I am surprised that command allowed these conditions to continue. The sailors should have been given decent housing ashore and limitations of shifts and chances for recreation. This is not wart time. I doubt sailors had to endure conditions such as these even during WWII. And, budget constraints are no excuse. I feel bad for the junior officers too who had to supervise these sailors with limited resources.
Last edited: Apr 29, 2022
S

During my one deployment I had to deal with several instances of emotional distress or behavioral issues. People so confused and distressed they would shoot up their platoons tent to get out of missions rather than just ask out. Something they could have easily done.

Not once did I ever see any of this in the field or while on missions. Always in the rear. Always when we were allegedly relaxing and recovering.

For those with experience, how is this one different than most refits, besides longer? Is there something acutely taxing about this particular one, or are all down-time conditions similar?
S

justme said:
For those with experience, how is this one different than most refits, besides longer? Is there something acutely taxing about this particular one, or are all down-time conditions similar?
Click to expand...

Covid and all that goes with covid must have certainly added to the stress.

Also I would wonder if large aircraft carrier vs a much smaller ship would have made much difference?

Did not the young sailor who allegedly tried to burn his ship down fairly recently and did a fairly good job at it——was that ship also going thru down time in Port for a refit?

justme said:
For those with experience, how is this one different than most refits, besides longer? Is there something acutely taxing about this particular one, or are all down-time conditions similar?
Click to expand...

Predominantly it is longer. Added to that is the fact that this is a nuclear ship. When a conventionally powered ship is in an industrial availability, the engineering plant does not have to be "manned" and supervised by ships force 24/7 but nuclear ships live by different rules. The Navy chooses to have this be the regular ships company instead of say, civil servants who "run" nuclear plants in overhaul for a living.

This is currently being heavily discussed on a private SWO social site. In general, ships in overhaul are not good places to live as there can be no power, no heat, no hot water, sometimes no water at all, sewage issues to say nothing of industrial workers traipsing through your sleeping/eating areas at inopportune times and many more issues.
In some instances, the Navy moves crews off of ships onto mobile "Berthing barges" which are floating temporary headquarters where they can sleep and the ships cooks can prepare food, etc. They too can have all of the same heat/water/sewage issues as the ship in overhaul.
Just FYI, most of the berthing barges date from WWII or before and there had been almost no money spent on them in decades.
Just a reminder that WWII era berthing/habitability standards are well below what is considered acceptable today but the crew of the George Washington would be LUCK to have them instead of living aboard their ship. Alas, an Aircraft Carrier crew is probably too large for the berthing barges.
Full Disclosure, my first ship after post USNA schooling was a ship being built in Newport News and it is a pretty dismal place for sailors. We were
fortunate that our berthing compartments were still being built so the crew was in leased apartments out in town. We came back for three more "availabilities" while I was aboard during which the crew continued living aboard and it was indeed a pretty bad place to be.
It was definitely a challenge for me as a Div O and in our case, we were there for months, not years.
J

Thank you. That was very informative.
Hopefully they can figure out something that works.

Proud parent of an ANG, USNA X2, and a MidSib

I saw this sad story on a National news show. Interview with a female sailor, who had contemplated suicide.

You can’t simply tell someone ‘it could be worse’ and expect that to rectify their perceptions of a situation. I just doesn’t work that way. Of course everything COULD be worse but our minds and bodies aren’t made to empathize with that, until we can.

Even in a foxhole, if you feel like leaders care and have your back, it’s better than a ‘better’ situation and you dk t feel supported/heard/cared for.

This seems like a leadership failing, as much as anything.

Agree. There is no excuse for subjecting sailors to the inhuman living conditions to which they had to endure.

It looks like the leadership was given a task (the re-fit) and a budget which was inadequate to accomplish the task. Instead of pushing back - - which would have possibly hurt their careers, officers at some level proceeded and subjected sailors to inhumane conditions. Someone had duty to point out the deficiencies in the plan to their superior officer. There were likely leadership failures on several levels. Each officer needs to make the best professional recommendation to his superior and then proceed with the order regardless. That's all he or she can do. But the buck stops somewhere. I wonder how many junior officers pointed out problems with the berthing and morale and were ignored.

agree with all the above

i saw a story about this last night on network news, and it was reported that the recommended actions from the Navy included "better managing sailors expectations"..

disappointing to say the least.... 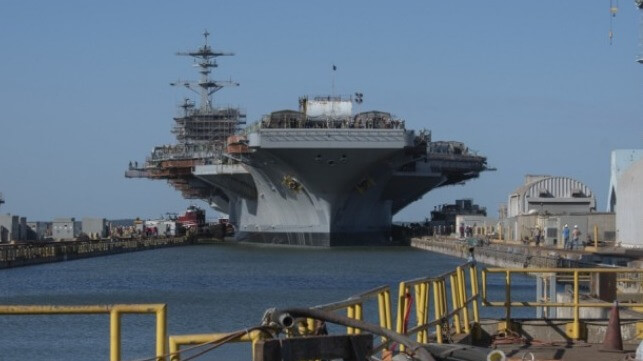 The U.S. Navy is again coming under pressure to reform the working environment for sailors assigned to warships undergoing long periods of repairs and...