Bummer for incoming Class of '21

AIR FORCE ACADEMY — The landmark Cadet Chapel at the Air Force Academy will close for up to four years starting next summer for major restoration work.

The restoration is expected to cost between $58 million and $68 million. 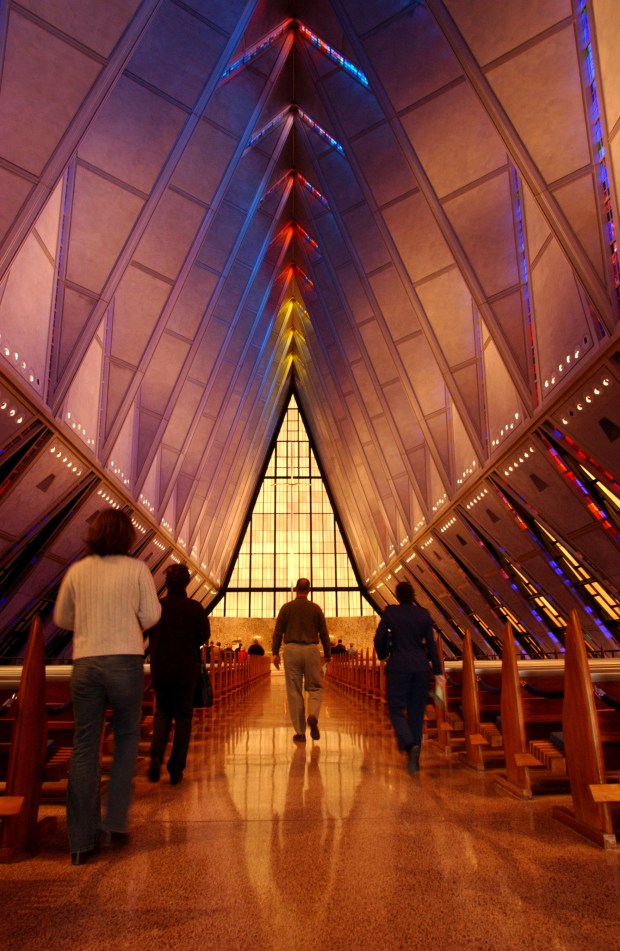 Matthew Staver, Special to The Denver Post
People walk into the main chapel at the Air Force Academy in Colorado Springs on Feb 2, 2003.
The academy says the chapel has leaked since it was built and previous repairs failed.

Officials say they will arrange alternative sites for all the faiths that use the chapel.

The chapel, a National Historic Landmark, is a striking, triangular-shaped structure that stands 150 feet tall.

The principal architect was Walter A. Netsch Jr. of Chicago. It cost $3.5 million to build.

I believe Gen Johnson said in her State of USAFA presentation that the rework would not start until 2018, so the class of 2021 will have use for a short time.

Bummer for grads too…….no weddings in the chapel for four years!

We have until closing date to visit when we can. A bummer, but the bright side is the end result.

USAFA Instagram says summer of 18. Even bigger bummer for class of 22. All four years

As basics, this has been a place of sanctuary for decades, regardless of faith. I hope the Academy has a really good suitable substitute. They need it.
F

The recent US Capitol Dome renovation cost less money and took 3 years to complete. Yes, these are different projects with different constraints; e.g.; weather, but I'm hoping this is a case of "under promise, over deliver."
You must log in or register to reply here.
Share:
Reddit Pinterest Tumblr WhatsApp Email Share Link
Top