I had a meeting with a current USMA cadet today. He's a super nice guy, we met and talked about all things West Point, and he was super open and willing to answer all of my questions.

One of my less serious questions was "So, how often do you go to New York City? I mean it's just right there." He gave a great answer about cadet leave and everything, but I was surprised when the conversation directed itself to this topic: "So, the Academy is about 80% guys, and there's no nearby colleges for you to meet girls, really. Just something to keep in mind." The comment was lighthearted and I laughed, but it made me think.

I am a member of the LGBT+ community, but only very few people know. (I won't say which letter I am)

I know this got personal kinda quick, but I do have a serious question.

How do people at academies or in the military view members of the LGBT+ community? I know everyone's come a long way from "don't ask, don't tell" but have things really changed? All opinions welcome

It varies. Obviously, people are not allowed to illegally discriminate in their duties. As far as personal opinions, yeah, you will find that some people will think less of you--same as in the rest of society. L, G, or B is probably on the more commonly accepted side than the T or various Plus groups. How the military will officially deal with Trans personnel, in the long run, hasn't completely been settled at the national policy level.

The biggest advice I would offer is be a decent person. If you establish yourself as someone trustworthy, hardworking, and capable, the rest will generally fall into place. I'd also recommend not making a big deal about sexuality (not just for the LGBT+ people). An office or classroom really doesn't make a great place to discuss sexual exploits or preferences--what kind of person you like to sleep with has no real bearing on how to do calculus or develop a plan to take a fortified enemy position!

Even before DADT was repealed, many people "unofficially" knew. If they were respected, their coworkers usually protected them enough that no one would accidentally "officially" find out their gender identity. Then again, some people who were jerks were not treated well. Now, the LGB communities don't have to worry about official status. There will be some segments that disapprove of their lifestyle, but they are only allowed to be personal opinions now. There are of course some gray areas and abuses occasionally occur (we are a group of imperfect humans). Generally, if people deal with it in a matter-of-fact manner and don't make sex a big deal in the unit, it won't be a big deal.
Last edited: Nov 26, 2019

The military is a cross-section of society, with thinking rooted in the same elements as the civilian population at large.

Never bothered me, from the get-go back before DADT. Just do your job well, be a good teammate to your fellows, carry your share of the load. And yes, I think things have changed. I knew plenty of officer and enlisted personnel who were in all likelihood LGBTQ, but I focused on performance.

People are still free to have their own internal feelings and beliefs about gender issues, sexual identity, etc., but the military expects everyone to abide by current policy and treat everyone with professionalism and respect, regardless of what their personal belief may be.

As noted above, current policy is in flux in some areas.

I first met, I’ll call him Larry, in 1979 on my first tour at Camp Lejeune. He was the best grunt corpsman I knew and he was gay. That was ancient times compared to today but his status didn’t matter. Larry was that guy every unit has or wishes they had who was the go-to doc on injuries, sanitation, putting up a GP medium, or keeping up with the Marines at the range, in the field, or on a hump.

Being a top performer helped with Larry of course. His story was atypical for the era but I believe today’s environment is more inclusive for all people, regardless of skills and abilities. I teach in a very diverse high school and kids grow up with lots of others who are different. It’s not cool these days to discriminate or bully LGBTQ+ and in fact, it’s an advantage to meet an intersectionality or two. That’s one of my burdens. I’m too plain. Too non-interesting.

Ah, the GP medium tent. That is one of those memories associated with a smell.

THParent said:
Ah, the GP medium tent. That is one of those memories associated with a smell.
Click to expand... 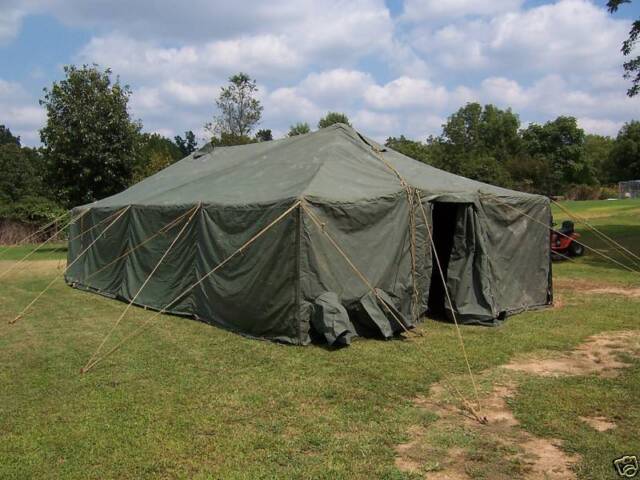 For those seeking nostalgia.

Hay @AROTC-dad; is that up in your backyard?

It is where I keep my beagle.

I always wondered why they even issued them as we never, ever used them.

I got to "visit" some on Battalion level exercises but never used on the Platoon/ Company level.

We have wandered far off-topic from the OP’s quite serious query. Myself included.

Apologies to OP. You’ve got something on your mind, and we have wandered.

Jarhead713 said:
How do people at academies or in the military view members of the LGBT+ community? I know everyone's come a long way from "don't ask, don't tell" but have things really changed? All opinions welcome
Click to expand...

Well, it has certainly changed a lot. I graduated long before DADT even started and my class and classmates certainly did not have any "out" individuals but things change. One of my classmates who I see a lot of on social media is married to another man and it does not seem to be an issue. One of USNA's distinguished grads from last year is married to a person of the same sex and is not closeted.

Capt MJ said:
Apologies to OP. You’ve got something on your mind, and we have wandered.
Click to expand...

SAs do tend to be on the more conservative side. Although most Mids/Cadets will not care, there will be a small number who will have an issue with it. Some of it will come from conservative religious upbringings. Remember as a 4/C Mid/Cadet most are just leaving home and starting formulate their own opinions. Those who may have one opinion about you early in your time there, may have a different opinion a few years later. College is a time for growth for all young men and women. You will meet people from all over the world with variety of experiences and opinions, it’s the wonderful part of a SA.

I served under DADT but it was lifted during my classmates time in service. For the most part no one will care. The overwhelming majority will judge you for character, integrity, being a good classmate and pulling your weight well before whatever you identify as. Be a good human, a good soldier, it will be what you are judged on first and will go a long way before someone forms an opinion about the rest of it. And those who do have an issue with it... it’s their deal. They better learn how to lead and care for their soldiers regardless of their opinions, because its guaranteed they will have at least one soldier who identifies as LBGQT.
You must log in or register to reply here.
Share:
Reddit Pinterest Tumblr WhatsApp Email Link
Top