Aye me slimy friends. It be that time of year again! Talk Like a Pirate Day! As ye can see, we've got us some inventive scurvvy dogs. Er. something doesn't seem right with their gear but I guess they'll do. 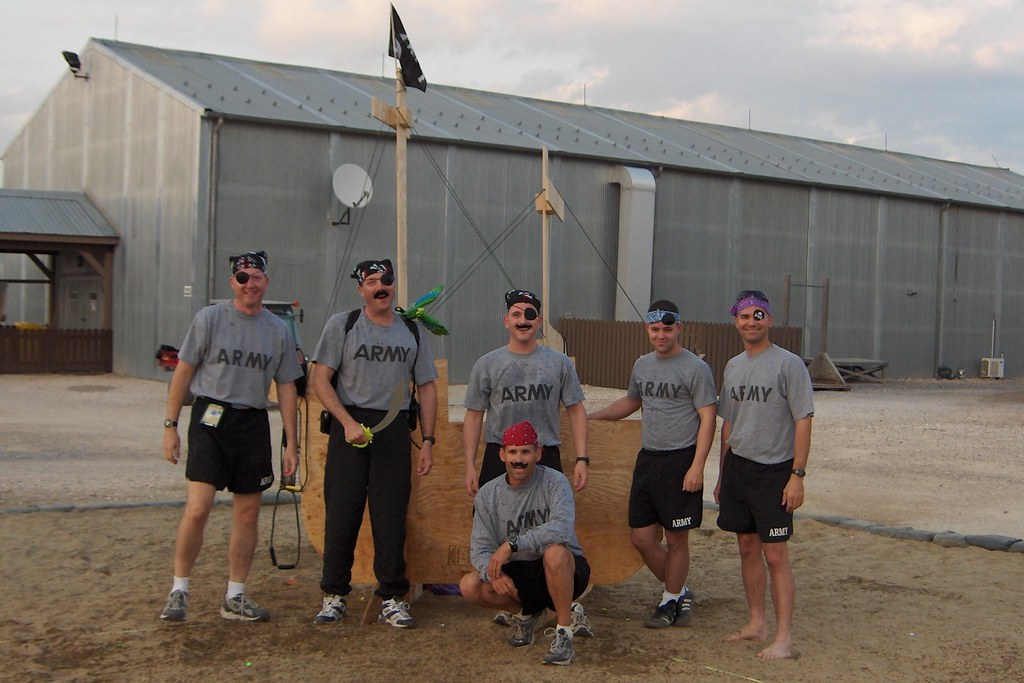 I'm a soldier currently deployed under the UN Security Council Resolution #1244. I'm a member of Task Force Shadow on a peace keeping mission in Kosovo. We are an aviation unit based primarily out of Pennsylvania. The majority of soldiers are National Guard soldiers who have been pulled from their homes and jobs. We are on a mobilization for 18 months, with 12 months in country.

In order to help to give the fellow soldiers a relief from the stress of the deployment, we decided to celebrate TLAP day. The decision to support the activities came from our Task Force Commander. He was excited about the day and wanted to ensure that we observed it. Through his determined efforts and those of S4 office we planned a fairly involved TLAP day. The only downfall was that we had to celebrate it a day early (the 18th) due to mission requirements.
Click to expand...