And because the Navy Hymn/Eternal Father gets me Every. Darn. Time.

The USNA Glee Clubs combined, in USNA’s Memorial Hall, from a few years ago.

I had the great good fortune to be a military "brat." I say that with complete sincerity; I learned about different cultures, different languages, my own country (more than I learned IN my own country) and I met the same kind of kids whose parents were in the other nations' military services.

In the UK I felt a very close connection, and I'm not sure why. To this day it "feels" like my second home and I go there often. Probably because we were there during my formative years (I had the perfect accent, mannerisms...it was hell coming back to the USA and being teased like I was).

TAPS...because of my family, growing up during VietNam...living in terror of a white-topped staff car driving into your neighborhood, and then later, having to bury good friends in the air force...and a nephew in the army...TAPS brings me to tears, every time.

But so does "the last post." I heard it on the British base where I lived as a kid...and later when I was an AF pilot overseas. It was played for UK military...but also they'd play it over American graves too, along with taps. It's...

On Memorial Day I think of friends lost, of family members that served in ALL the wars this country has fought (except the Revolution, we're latecomers) and I reflect. And I play both haunting melodies.

If you've never heard "Last Post..." HM Royal Marines and the USMA Band performed it together.

Taps and the Navy hymn always get to me. I don't believe I've ever heard Last Post before. I'm old enough to remember when the Navy Hymn was sung only by men, including myself and the men in my high school choir. It was a different sound, perhaps more haunting to me. The crescendoes and decrescendoes always make me think of the surf hitting the shore, which I'm sure was the desired effect. It's nice to welcome the ladies though.

I have heard Last Post and also Flowers of the Forest. You have to like bagpipes for the second. It is played by the Scots Guard and Canadian military at the funeral ceremonies.

That’s where DH and I will be, via the Navy’s Burial at Sea program.
B 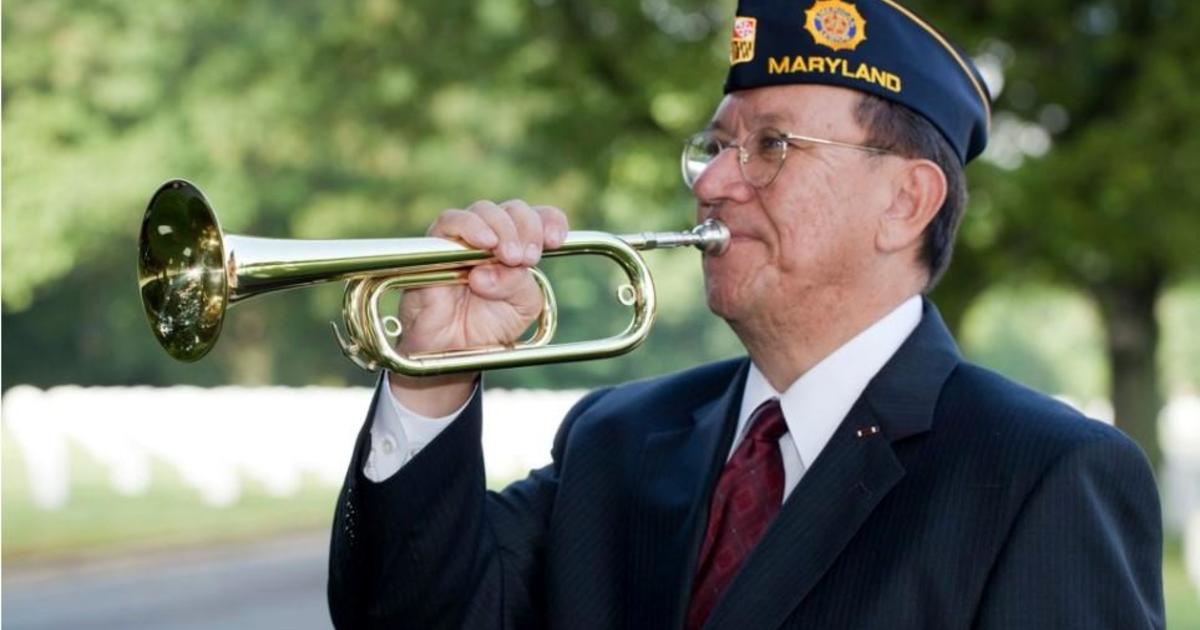 How to participate in Steve Hartman's "Taps Across America"

Thousands of trumpet and bugle players will sound Taps from their porches on Memorial Day.

Capt MJ said:
That’s where DH and I will be, via the Navy’s Burial at Sea program.
Click to expand...

Three basic modes: Coffin, Shoebox and Coffee Can. As a SWO, I will opt for Coffee Can as it is
by far the least impact on the crew. There are many stories/examples of why coffin and showbox
are not what I will opt for.

OldRetSWO said:
Three basic modes: Coffin, Shoebox and Coffee Can. As a SWO, I will opt for Coffee Can as it is
by far the least impact on the crew. There are many stories/examples of why coffin and showbox
are not what I will opt for.
Click to expand...

One of our SWO sponsor daughters was telling us procedures had changed to mitigate against the “stories/examples” to which you allude. We will already be cremains, having made our first stop at USUHS as “anatomical gifts.”

I heard the 3 pm Taps tributes around the neighborhood today. Nice.

To all those who were lost on the field of battle and their families: your sacrifice will never be forgotten.

'let us cross over the river and rest under the shade of the trees'..

If you want to know more about Loyce Deen...there's a website in his name...it's fascinating, including how close to not getting back the plane came.

It's a very interesting site...and sobering.

General John F. Kelly, USMC gave the following speech at the Semper Fidelis Society of Boston luncheon in celebration of the Marine Corps Birthday, Nov. 10, 2014. It is a fitting speech for a Memorial Day tribute.

USMCGrunt said:
General John F. Kelly, USMC gave the following speech at the Semper Fidelis Society of Boston luncheon in celebration of the Marine Corps Birthday, Nov. 10, 2014. It is a fitting speech for a Memorial Day tribute.

A very touching speech for Memorial Day. General Kelly understands the idea of sacrifice intimately as a military man and as a parent. He never brings it up or mentions it publicly but his son, 1st LT Robert Kelly, USMC, was killed in Afghanistan in 2010. Semper Fi. RIP
C

Sgt. Edward Younger and The Tomb of the Unknown Soldier

The Tomb, from my first visit as a 9 year old, has always been something of a mythical thing...kind of like it was always there. I later understood that it was somehow related to WW I, but I always thought of it in a contemporary context. Reading about Sgt. Younger got me thinking about the context in which he viewed his mission and I can't help thinking he was was not much different than the Soldiers who guard the tomb today.

As much as warfare has changed--weaponry, medical care, etc.--from Flanders Fields to Fallujah, some things do not. 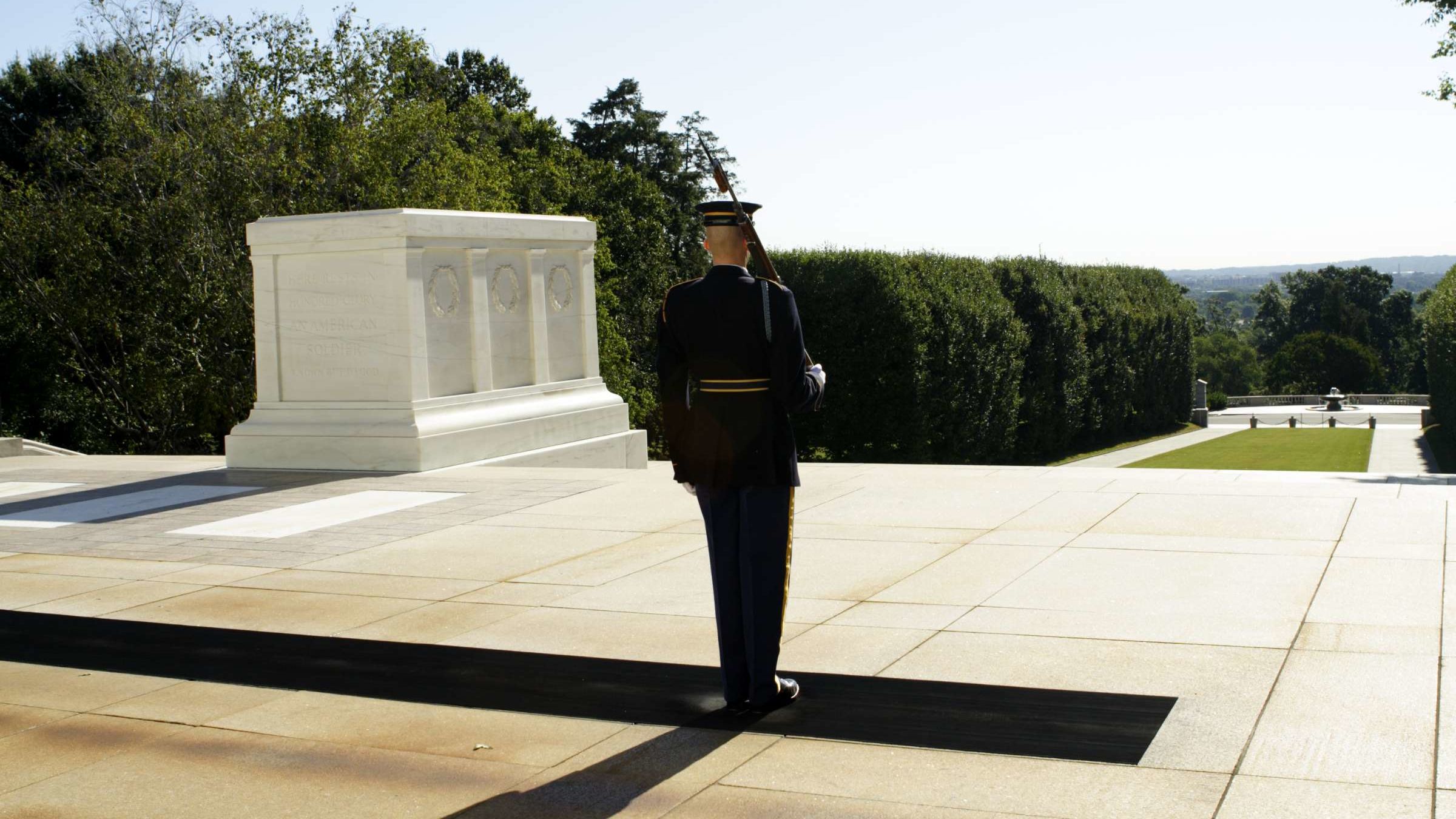 10 Facts About the Tomb of the Unknown Soldier

From the first soldier ever interred in it, to the rigorous process of guarding it, find out more about the Tomb of the Unknown Soldier.