Paying for the Huuuuge Wall

Well it's comforting to know that the Trump Administration proposal will get a nice chunk of that money for that bigly wall from someplace where it shouldn't be missed.

1.3 Billion dollar cut from the Coast Guard.
11% budget cut from both the TSA and FEMA

Well I feel a whole lot safer now.
A

I did not know Mexico had a Coast Guard, or a TSA, or a FEMA
C

I remember a recent thread on the CGA forum, in which the poster inquired about civilian engineering job prospects after service in the US Coast Guard.

AJC said:
I did not know Mexico had a Coast Guard, or a TSA, or a FEMA
Click to expand...

You are so right.

The President did promise that Mexico would pay for the wall, soooo.....does the USCG, TSA, and FEMA just send them an invoice, not sure how that works.

So when he gets his wall and they simply turn to the water he'll have the USCG at the ready....oh wait, never mind.

I sure hope that smarter heads prevail on this proposal.
A

AJC said:
I did not know Mexico had a Coast Guard, or a TSA, or a FEMA
Click to expand...

Actually, 3 Mexican cadets are graduating from USCGA with my son this spring. Their education was paid for by the Mexican government. Upon graduation they will receive commissions in the Mexican Navy.

Trading one type of border security for another. Choices have to be made if you are going to pay at least lip service to fiscal responsibility. I mean, no one is going to cut entitlements, right?

I do like the USCG and my amateur's view is that they have a pretty lean operation already.

TSA is terrible. There's fat to be cut there, literally and figuratively.

FEMA cuts ? I guess don't build houses on the coast.
A

AuxNoob said:
Their education was paid for by the Mexican government.
Click to expand...

Have you always been this clever and amusing?
A

Have you always been this clever and amusing?
Click to expand...

Heard that Disney will man the wall. Huuuge money maker and no one beats their security.
A 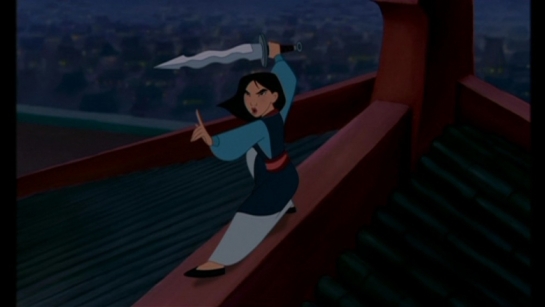 After all, they have experience guarding the Great Wall, already.
As an added bonus, Vice President Pence is a fan of Mulan
http://thehill.com/blogs/ballot-box/presidential-races/288091-trump-vp-pence-mulan-women-in-military

Spoken like a true Clintonite! Advance apology to moderators if that is a horrible insult.

What a nation, where we openly disrespect the Commander in Chief.
X

I guess the open disrespect comment only applies to the current occupant of the Oval Office? Because disrespecting the former Commander in Chief seems to be a thing.

xyz321 said:
I guess the open disrespect comment only applies to the current occupant of the Oval Office? Because disrespecting the former Commander in Chief seems to be a thing.

Standard Democratic response to justify the unparalleled criticism of President Trump. There is no justification. Just people that cannot accept their new President.
C

Maplerock said:
What a nation, where we openly disrespect the Commander in Chief.
Click to expand...

What a Nation, where the Commander-in-Chief openly embraces Wikileaks.

Sorry, I should have said, "openly embraced until two days ago."
J

Maplerock said:
Spoken like a true Clintonite! Advance apology to moderators if that is a horrible insult.

What a nation, where we openly disrespect the Commander in Chief.
Click to expand...

Ok this is ridiculous, show me one place where I've shown disrespect for the President. I can say that I surely did not use any term such as Clinonite, or Trumpite. It is a sad day when disagreement is confused with disrespect.


Maplerock said:
Standard Democratic response to justify the unparalleled criticism of President Trump. There is no justification. Just people that cannot accept their new President.
Click to expand...

Unparalleled criticism with no justification? have you not watched the news over the last 16 years. Neither of the last two administration were lacking of large amounts of criticism.

I can't believe the response given these days to any disagreement or criticism. Disagree with Trump or any Republican and you're automatically a Left Wing radical Clintonite, disagree with Clinton or any Democrat and your automatically a Right Wing Racist whack job. Do we now live in a world where you have to blindly support one person without criticism, or risk the wrath from those that do.

I certainly see no disrespect in calling out the administration for proposing to cut what is already a shoe string USCG budget by 1.3 billion dollars to pay for a wall, that he made very clear during his campaign, would be paid for by the Mexican government. They still have no clear plan on how that's going to happen, so in the meantime just pull the money from our own Armed Forces to start the ball rolling. So yes, I disagree with the President/Commander in Chief, if that's seen as disrespect then that's an issue you'll need to deal with.

And you're right, we do live in a great nation, one where we are able to criticize our politicians without legal ramifications, now if only could only do that without personal insults it would be a wonderful world.
Last edited: Mar 8, 2017

Jcleppe said:
It is a sad day
Click to expand...

You got that right.
U

Maplerock said:
Standard Democratic response to justify the unparalleled criticism of President Trump. There is no justification. Just people that cannot accept their new President.
Click to expand...

Unparalleled? Look at what the Tea Partiers said about Obama throughout his term. In fact, for some real disgraceful disrespect for the Presidency, go find an online article on Obama or Clinton in Breitbart and read the comment section. That stuff is disrespectful (and racist), but the above is just criticism of our President. And what makes our country great is that we can criticize the President. And why is any critic of Trump labeled a liberal or Clintonite? There are conservatives who disagree with him.
E

A reminder to any posters that are active serving military or if you are a cadet who is commissioning that Article 88 prohibits contemptuous speech towards the President, Vice President, Members of Congress, the Secretary of Defense, Services Secretaries, the Homeland Security Secretary and the Governors and legislators of which the service member is assigned or present on duty.

I am all for free and open debate but once you raise your hand than you have an obligation as a service member to keep the tenor high and the exchange respectable. As a young Captain I had a battalion commander during an election insist that we refer to the candidates at the time as Senator Obama and Senator McCain to remind us of their positions vice our own. If you are here and not subject to this then I still implore you to keep that in mind that you are in essence debating off a different plain and to question why disagreements need to be derogatory in nature.
You must log in or register to reply here.
Share:
Reddit Pinterest Tumblr WhatsApp Email Share Link
Top